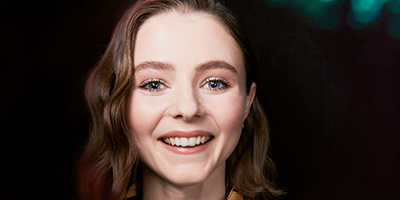 SOLUTIONS FROM THE NOVEMBER MAGAZINE

Thanksgiving Abroad, p. 7: CD Task: 400 years – it has been 400 years since one of the first Thanksgiving dinners took place, The Wampanoag – The Native American tribe with whom the European colonists shared a fall harvest meal, pie and turkey – there was no pie and turkey at the first Thanksgiving (they had deer and corn), Thanksgiving at schools – taught as a holiday of friendship, but historians disagree with I the way it is taught. (It doesn’t accurately describe the conflicts between European colonists and Native Americans), 1863 – Abraham Lincoln made Thanksgiving a national holiday; a televised ceremony – a ceremony during which one turkey’s life is saved/one turkey is pardoned each year.

Task: 1 Emily spent her first Thanksgiving abroad with an expat family in an expat restaurant.

2 Thanksgiving is celebrated on the fourth Tuesday  Thursday of November.

3 In America, Emily celebrated Thanksgiving at her cousin’s grandmother’s house.

UK Road Trip Wales, p. 11: Task 1C, 2G, 3E, 4B, 5A, 6F, 7D; CD Task: Porthcawl: This traditional seaside town offers seven bays, donkey rides, a funfair, and is a magnet for surfers and sunbathers. There is also ice cream, fish and chips and hot donuts at the Coney Beach funfair (named after Coney Island in New York). In September the strangest festival in Wales or even in the whole of the UK, the Elvis Presley festival, takes place here, thousands of people come here dressed as Elvis.

Who are the Welsh, CD Part 1 The Land of Song, p. 13: 1 Male voice choirs, started in the Industrial Revolution when people came from all over Wales to work in mines and factories. Singing in a choir was a way of showing your Welsh pride and keeping old traditions alive. 2  A festival featuring competitions in music and poetry.

Who are the Welsh, CD Part 2 The Welsh Outside Wales, p. 13: 1 Patagonia, Argentina. Over 50,000 Argentinians have Welsh heritage. 2 Patagonian Welsh. 3 Welsh people also moved to Canada and America, especially Pennsylvania and Ohio.