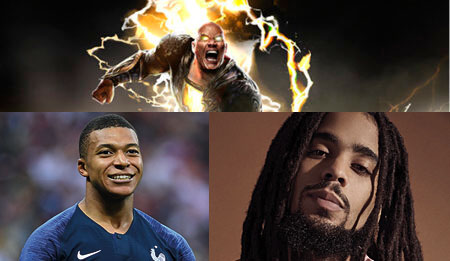 Sleepy, or maybe a bit stupid: DOZY
Old but still nice – a trendy kind of second-hand: VINTAGE
The wind did this: BLEW
There are radio stations here – but it’s not AM!: FM
You might find this in the House of Commons: MP
This city’s about 560 km northwest of L.A.: SF
Fast: QUICK
You might find jam in these: JARS
The answer is “because”!: WHY
A male cow used as a working animal: OX 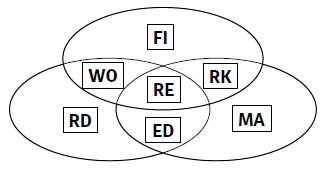 Cooliosities
adorkable: A mix of “dorky” and “adorable”. An adjective meaning socially awkward in a way that seems cute.
yeet: An exclamation of surprise or approval, or a verb meaning to throw, especially carelessly and with force.
FWIW: For What It’s Worth. A warning that a statement might not be important or relevant.
lewk: From a humorous way of saying “look”. A noun referring to an individual look or style; also used in the plural as to have lewks, meaning to be very attractive.
cringe / cringeworthy: An adjective meaning extremely awkward, shameful and embarrassing.
baller: From African-American sporting slang. An adjective meaning excellent and extravagant, or a noun meaning someone who is impressive and successful.
sus: An abbreviation of suspicious. An adjective meaning untrustworthy or otherwise worrying or unreliable.
MacGyver: From the name of a character in a TV show. A verb meaning to make or repair something using only the things you have on hand.
ICYMI: In Case You Missed It. Used to draw attention to a previous announcement.
pwn: Originally a typo for “own”. A verb meaning to dominate and defeat someone completely.
janky: Probably from junk, meaning rubbish. An adjective meaning “of very poor quality” or “not working properly”.

The Qunited Kingdom
GUESS THE MEANING: 1A, 2B
QUOTES ABOUT QUEUES: 1 forms; 2 waiting; 3 complaining; 4 to look, watching

A New Royal Era, pp. 4–5: Task 1: 1b, 2b, 3a, 4b, 5a, 6b, 7a, 8b; Task 2: 1 For being the longest-reigning monarch in British history, for leading the country through many good times and bad times. 2 He may be more politically active, especially concerning green issues. 3 The lyrics and title of the national anthem, pictures on money and stamps, the royal cypher. 4 They may want to re-assess their relationship with the UK and place in the Commonwealth and become fully independent. 5&6 Students’ own thoughts.

Doing Things the Australian Way, pp. 12–13 Task: Sun Protection – Australians are careful in the summer and always cover up, stay out of the sun during the hottest part of the day and wear sunscreen and hats. Water Conservation – During periods of drought Australians save water by not watering gardens and lawns in the day (or at all), keeping showers under five minutes, using water-saving shower heads, turning off the tap when brushing teeth and only flushing toilets after pooping. Casual Chatting – Australians like a casual chat and start conversations at bus stops, share details of their days with shop assistants and are expected to honestly answer the question: “how are you today?” Pedestrians and Drivers – In Australia pedestrians always have the right of way and drivers slow down and wait at crossings. Drivers give each other space and let others change lanes without stress or frustration (although this may not be the case in peak-hour traffic).

Football Fever, pp. 14–15: CD Task: 1 Wales are playing at their first World Cup for 64 years and are in the same group as their biggest rivals, England. 2 Christian Ericksen will play at the World Cup despite having a heart attack in a game against Finland last year and looking like he would never play again. 3 Cristiano Ronaldo and Leo Messi will both play in what is probably their last World Cup; Task: 1 23 32 football teams will taken take part in the World Cup. 2 On In winter summer in Qatar, temperatures can reach 40 degrees. 3 Paris St Germain payed paid $222m €222m for Neymar. 4 England get got to the final of the last World Cup Euro Championship. 5 Liverpools Bayern Munich’s Sadio Mané is Senegal’s star player. 6 David Jonathan Jonathan David have has scored a lot of goals in France.