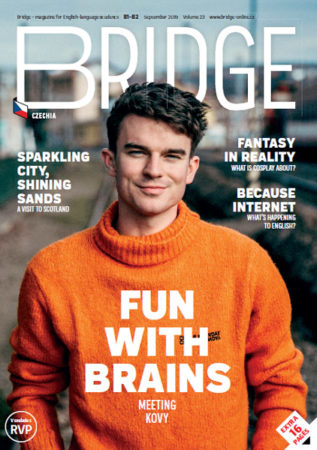 Cathedral Thinking in a Norwegian Forest
in, has/had, by, for, be, from, will/can/could, if, to, in, with, of

Do You Speak Internet?
blog: web + log (an online journal)
phablet: phone + tablet (a device halfway between a smartphone and a tablet)
malware: malicious + software (software that is meant to harm the computer)
emoticon: emotion + icon (a graphical representation of a facial expression)
screenager: screen + teenager (a young person skilled in using computers and other electronic devices)

I.
was
go, have been
was, stayed, visited
have never visited, took
have missed/have been missing

II.
Penicillin was discovered (by Scottish scientist Alexander Fleming) in 1928. It has been used to cure diseases since 1942. It can be used to treat a wide range of bacterial infections. People allergic to penicillin must be given different antibiotics (by doctors).